A bed’s headboard, traditionally made of wood, was once used to separate a slumbering houseguest from a drafty wall. But in modern homes, it provides an opportunity to add another decorative layer and texture to a bedroom. When upholstered in a bold fabric or fashioned of unique materials, such as leather straps, a headboard can become the focal point in guest rooms, children’s rooms, and master suites alike. Architectural Digest combed the archives to compile eye-catching versions, from patterned and ornate styles to sleek minimalist designs, that will offer endless inspiration for your next bedroom refresh. 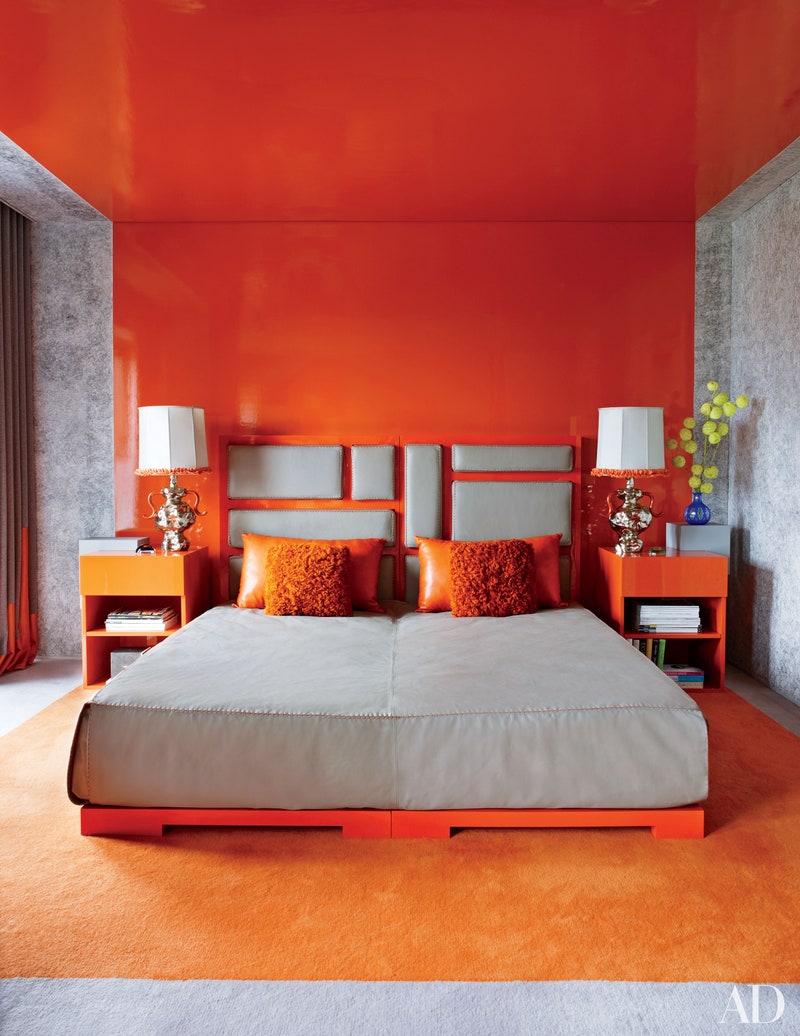 In the guest room of a Hong Kong home reimagined by Mattia Bonetti, the bed, a Bonetti one-off, is positioned within a swath of orange lacquer that serves as a virtual canopy. The designer padded the headboard with the same gray leather used for the bedspread, and the lamps and custom-made nightstands are also his work. 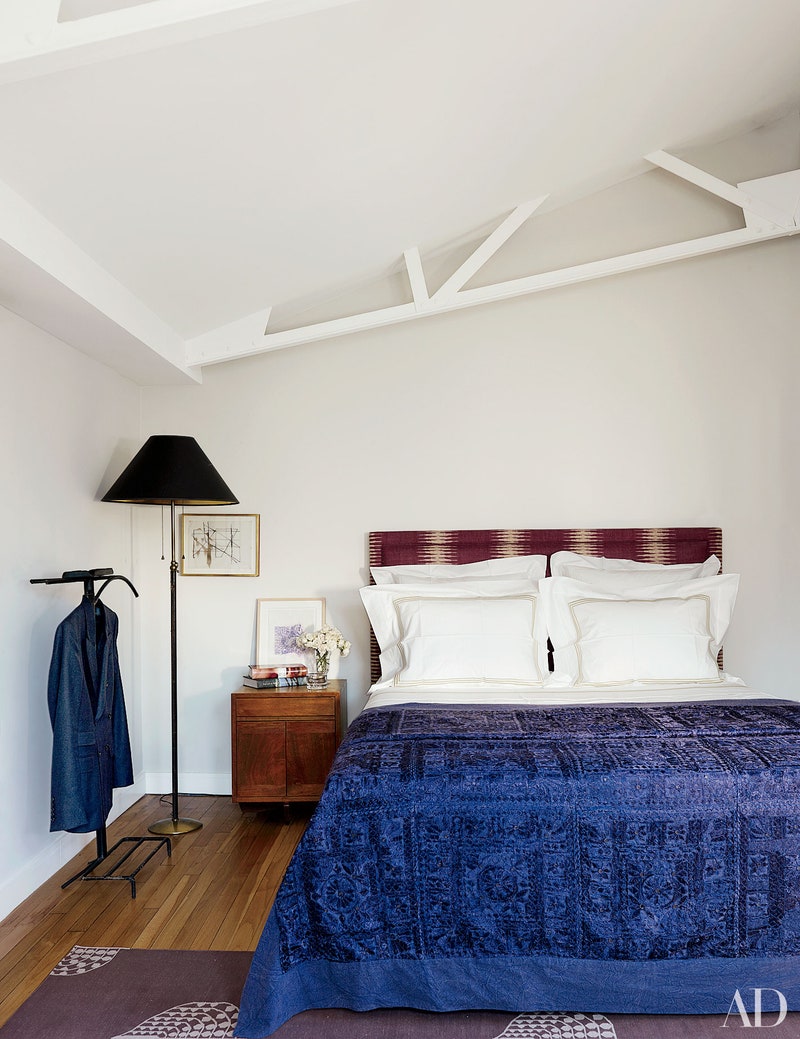 In this New York City loft decorated by Milly de Cabro, a floor lamp and valet, both by Adnet, command the guest room, which is painted in Farrow & Ball’s Cornforth White. The bed is outfitted in Pratesi linens, and the headboard is upholstered in a Peter Dunham Textiles ikat. 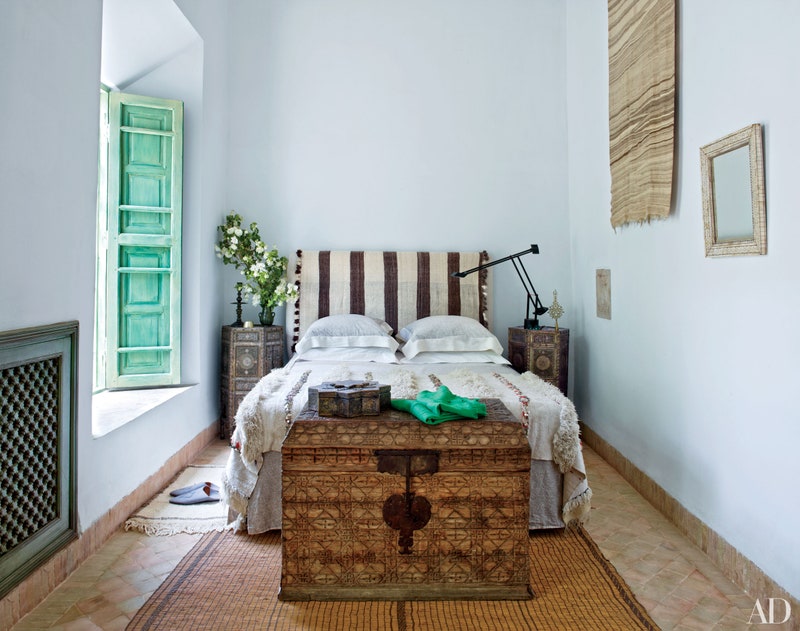 An Artemide lamp tops one of the Syrian side tables in a bedroom of a Marrakech home renovated by Sardar Design Studio; the headboard is draped with a wool blanket, the coverlet is a Berber wedding blanket, the chest is antique Moroccan, and the Tuareg carpet is made of woven leather and palm fronds. 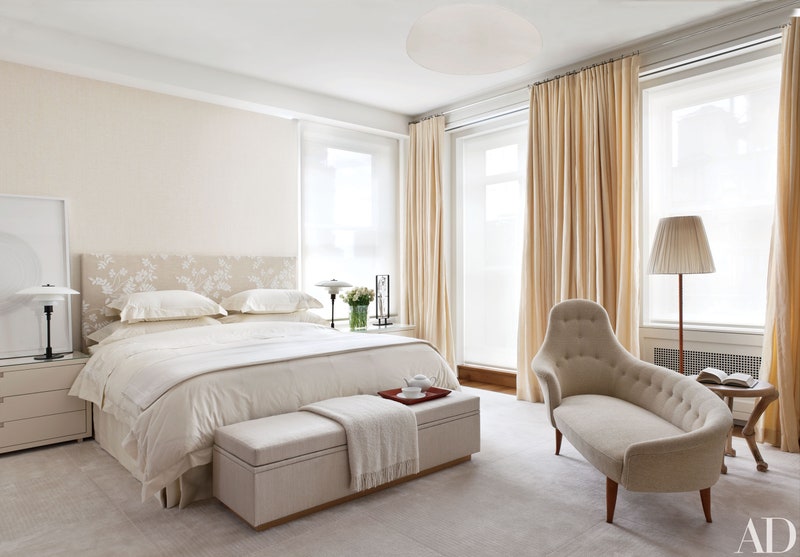 In the master bedroom of a Manhattan apartment refashioned by Lee Mindel, the headboard by Jonas and the Kerstin Hörlin-Holmquist daybed were upholstered in fabrics by Nobilis and Holland & Sherry, respectively; the wall covering is by Clarence House, and the bedding is by Pratesi. 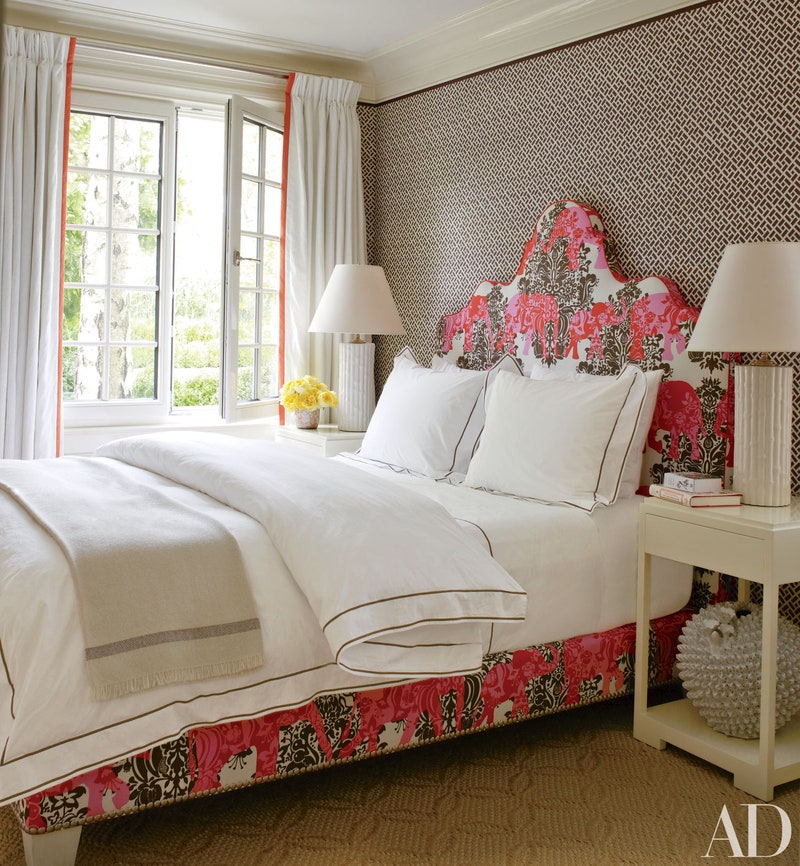 A China Seas fabric sheathes the walls of a guest room in retail entrepreneur Christopher Burch’s Hamptons home, which was decorated by Christopher Maya; the bed and custom-made headboard are clad in a fabric from Country Swedish, the bedding is by Matouk, the lamps are from Treillage, and the carpet is by Merida Meridian.

My Wishlist
You've just added this product to the cart: